What do I need for a successful change? What do I need to think about? With this Map of Change we try to give an overview of the most important elements of a successful organizational change. We have put these elements into relation with each other. Even though the Map of Change is designed with a humorous intention, it represents a sincere topology of the core elements of an organizational change.

The Continents of the Map of Change

The Bleak Forest separates both continents and represents the major hurdle between getting from the new to the established. The Bleak Forest is expansive and dense, very little light penetrates it and fatalism, fear, conceit and waiting-for-something have spread far and wide. A big motorway ring characterises the Bleak Forest, but it only leads in circles and doesn’t really bring you forward – but still, many people drive on this motorway. A direct motorway link to the glittering Great Regulations City heightens this situation further, because this route also doesn’t lead anywhere else but many succumb to the lure of the Great Regulations City. There is only one path which leads through the Bleak Forest, it is barely identifiable and only hashed in: the “Path of Institutionalisation”. It starts at Base Camp of Change, winds its way through the Bleak Forest and ends in the East of the Bleak Forest at Pioneer Settlement.

The region of the city Established

Continuous improvements are necessary to retain the established. That is why it is an important place on the Continent of Stability, in direct proximity of the City “Established”. Continuous improvement is directly linked with the town of “Success” further to the South. Continuous improvement needs an analysis of the strengths and weaknesses of the established – this is done with assessments, but wishes can also create ideas of change. All these places therefore lie close together in the East of the city Established. It doesn’t matter where the ideas of change come from: they all take the Ideas Ferry to reach the Port of Improvement Suggestions on the Continent of Change.

The city of Established sports a well defined infrastructure. There are schools, measurements, libraries and other things to support the established in the city.

The Region around the Change Base Camp

The Change Base Camp lies next to the Region of Innovation.The Base Camp is the only starting point from which one can successfully bring innovation through the Bleak Forest to the Continent of Stability and to the city of Established. The Base Camp has been set up unobtrusively along the edges of the Bleak Forest and you can only reach it via the town of Great Prioritsburgh (i.e. with prioritized, new ideas which have been test-tried). The Base Camp is very simple, comprises only huts and tents and gives a first impression of the stony path through the Bleak Forest. That is why many people by-pass the Camp and use the road which leads to the big and promising “Great Regulations City” in the North.

At the Base Camp you will find everything you need to establish innovations and take these to Established, i.e. to cross the Bleak Forest. These things include resources, management commitment, involving participants and stakeholders, risk management, planning of measures, iterative procedures, skills as well as measurable goals (see detailed segment on the bottom right of the Map of Change).

The Region of Great Regulations City

Great Regulations City is big and bright. As a result of its apparent glamour it attracts a lot of people on the Continent of Change. It is powered by energy from the suburbs of Pride and Impatience. Attracted by the glamour of the city, many people come to Great Regulations along a road from the Change Base Camp via the towns of Naivety and Carelessness. The glamour of the city is not real, however, and the shining facades hide the fact that you cannot go anywhere else from this city. Anyone looking closely will see that this city only serves itself and uses up many resources, in particular for the factories in the district of “Futile Industrial Estate”. Here you can find the factory “ Great Regulations”, the “Printers of Unread Reports”, and the “Great Paperwork Factory.” It processes the heavy and unhealthy wood from the Bleak Forest. From Great Regulations City it is not far to the town of “Insanity” where the Continent of Change ends.

Great Regulations City has no path which leads anywhere. The big motorway, which goes right through the city, leads into the Bleak Forest and ends there in a circle. All Big-Bang Highspeed Ferries which leave from the Ivory Tower and circumnavigate the Bleak Forest, sink at the Quick-Win Shoals which lie in front of the Sheercliffs of the Continent of Stability. It is typical for the false glamour of Great Regulations City, that the shining highspeed ferries depart regularly, although they all sink. In Great Regulations City the word is that all ferries arrive and unscrupulous wheelers and dealers earn a lot of money there.

The dark Bleak Forest is characterized by the cities “Fatalism“, “Scaredstiff”,“Smugton” and “Waitingham“. They lie in the center of the Bleak Forest. These cities are linked with each other by a dangerously alluring motorway ring “The Wrong Way.” Anyone caught in this circle will find it most difficult to get out again. Many people therefore disappear in the Bleak Forest, never to be seen again.

The Path of Institutionalisation ends in the East of the Bleak Forest in the small town of “Involvement“, which gets its energy supply via the overland line from the city of Established and the city of Leadership. The path then winds through the “Pass of small Improvements” up to “Pioneer Settlement”, the first fortified town at the other end of the Bleak Forest. Here, a road starts again which leads to the town of “Early Adopters”, an outer suburb of the city of Established.

The South of the Continent of Change

There are only a few places in the South of the Continent of Change. Travellers usually reach the Continent via the Port of Improvement Suggestions far to the West. The District of Ideas is located here. From the port, the road leads to the City of Ideas, which is in direct proximity to the Volcano of Ideas. The places “Red Herring” and “Unrealistic Ideas“ represent dead-end roads.

From the District of Ideas, the road continues further East to the District of Innovation. Here lies the city of “Innovation”, close to it you will find the townships of “Improvement“ and “Deterioration” – you can only reach either via “Trial“. Innovations need to be prioritized – this is done in the prioritising plant in the city of „Great Prioritsburgh“. From the townships of Deterioration and Unrealistic Ideas there is a road to the Cemetery of Failed Ideas, all the way in the South.

Management works and lives on Management Island in the far North of the Map of Change. Here you can also find Vision, Mission, Strategy and Business Objectives. Management’s connection to the two Continents and the Bleak Forest starts in Management Port.

A ferry line travels to the Continent of Change. From the port town of “Management Expedition” the path leads to Change Vision, to the Change Objectives and finally ends in Management Commitment in the Change Base Camp.

The Reporting Path Ferry is a ferry line – with very regular departure times – which leads to the Continent of Stability, thus providing a connection to the City of “Management”. Management City is directly connected with the city of Established by a motorway and the motorway ends at the Measurements Sector.

A toilsome rowing boat link leads from Management Island to the Path of Institutionalisation in the Bleak Forest. The link – which even needs to be traversed by foot at the end – ends at the small town of “Management Policies”. As this link is laborious, it is rarely used by Management. Without leadership by Management, the travellers on the Path of Institutionalisation cannot continue their journey. It is therefore a frequent occurrence that travellers who bring innovations through the Bleak Forest to the city of Established have to wait for a long time at the town “Management Policies”.

Note: This text is an article which we published on our website in 2013. Since this topic is still in high demand, we republished this article on our blog. 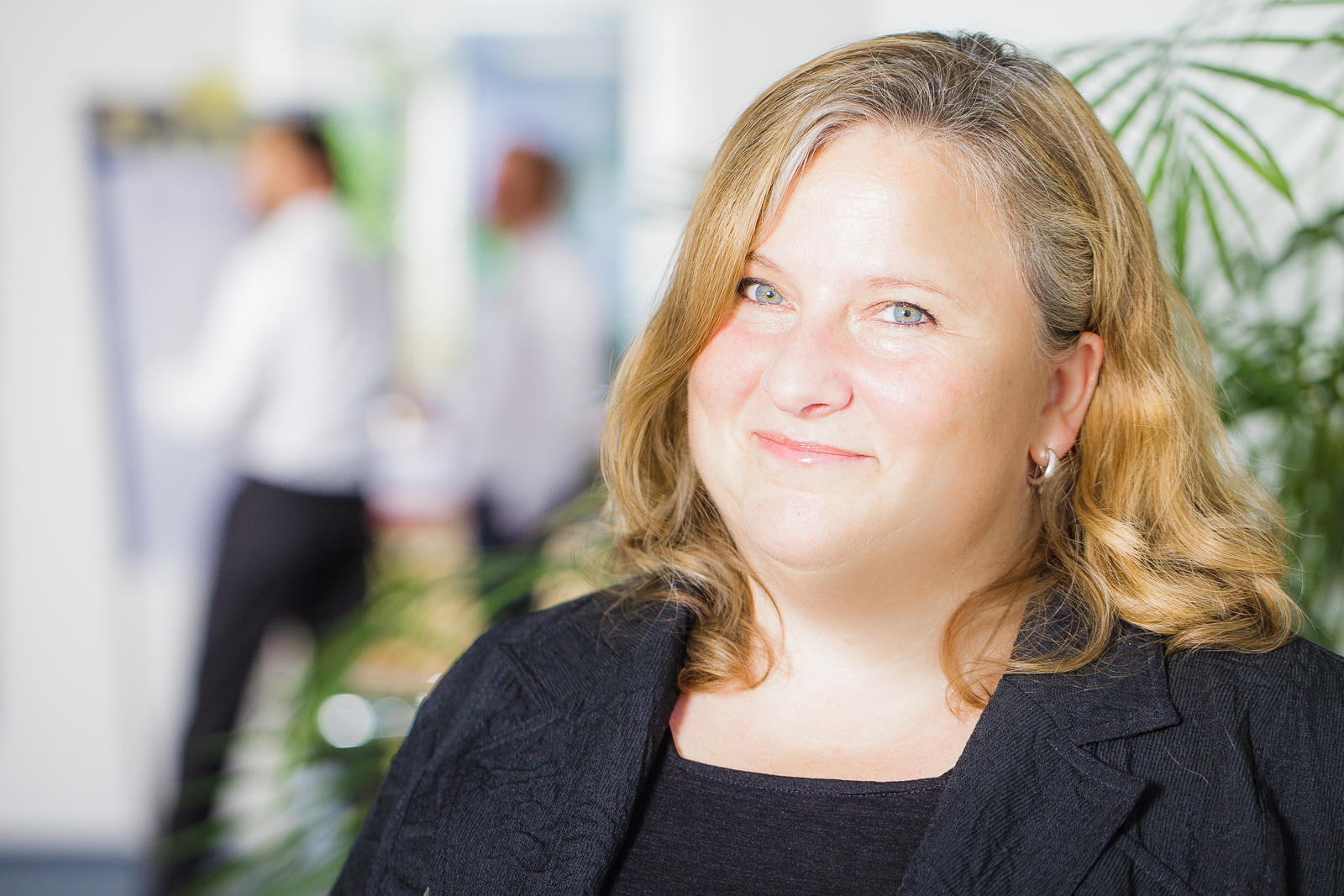